The Structures and Techniques of Television Advertisements

Task One - What is an advert?

Key genre conventions of advertisements include a logo, slogan, and direct mode of address.

Logos are very important in advertising in order to create a brand and image that audiences will recognise over and over again. For example, in Snicker's recent TV advert featuring Mr Bean, a clear image of the chocolate bar is shown at the end showing the very recognisable logo of the chocolate bar. The colours link to the product, for example, brown links to the colour of chocolate, and blue has connotations of masculinity. 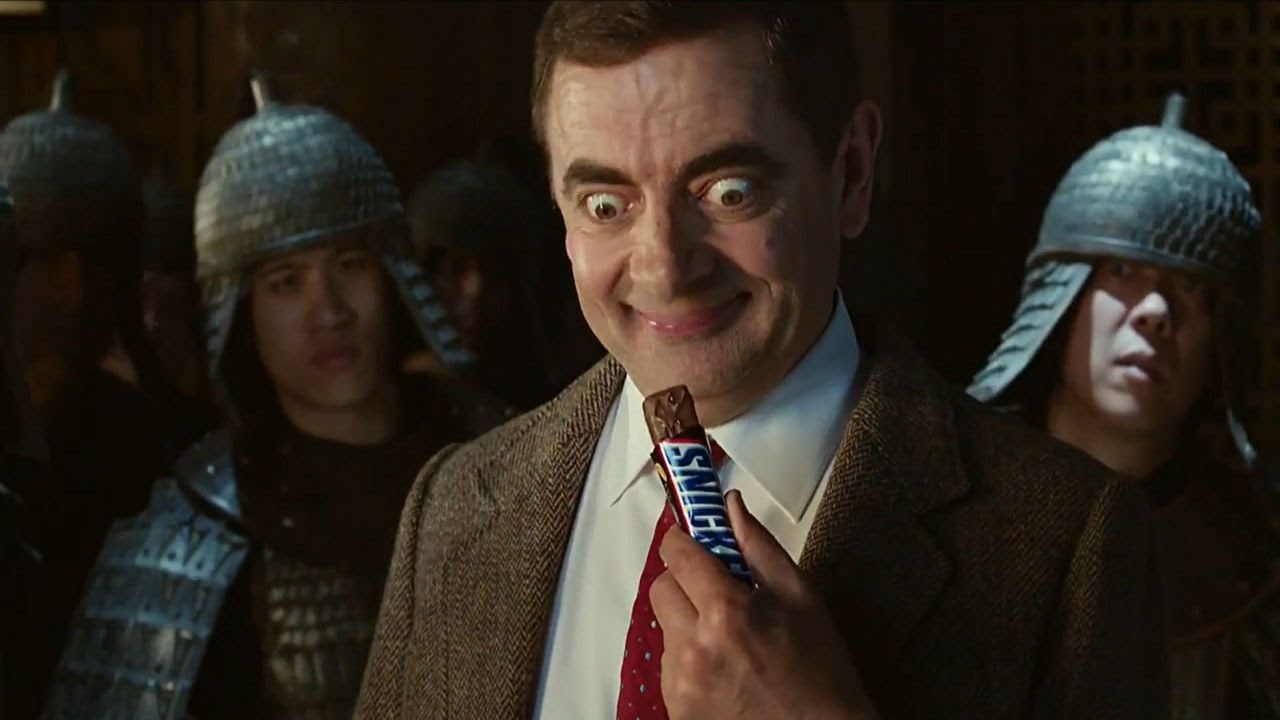 Slogans, similarly to logos, are also designed to make the brand instantly recognisable to the audience. For example, Galaxy Chocolate's logo, "Why have cotton when you can have silk?" is very memorable and emphasises the idea that the chocolate is a better, more premium brand.

Direct mode of address is commonly used in advertisements for services, for example, in Injury Lawyers 4U's TV advertisements, the actor speaks the information directly to the camera, to give the impression that they are actually talking to the audience. This makes the advertisement much more personal and memorable. 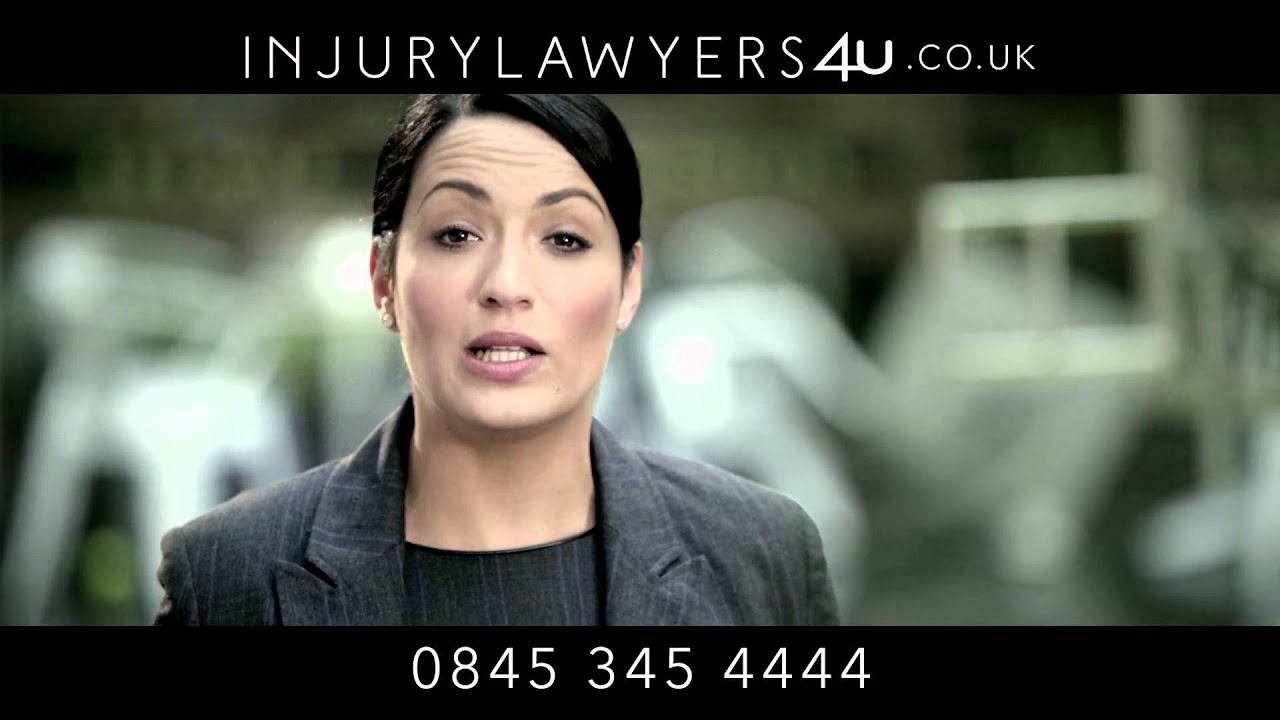 All television adverts use various techniques to help advertise the product/service. The most commonly used include beauty appeal, celebrity endorsement, compliments, the association of a specific lifestyle, and many language tricks that most people see past (e.g. rhetorical questions, unfinished comparisons, and scientific or statistical claims).

Products aimed primarily at women often use the beauty appeal technique in order to connect with the already existing idea that women must conform to the media's ideas of beauty. For example, body products adverts usually feature attractive women who fit society's stereotype of a "beautiful woman," such as in Herbal Essences adverts, which feature a skinny woman with long dark hair, which she flicks to show off the softness caused by the shampoo. As Herbal Essences' unique selling point is the fact that the shampoo uses natural ingredients, many of their advertisements are set in nature environments, adding to the idea of beauty. Also, Galaxy Chocolate's recent advertisement featuring Audrey Hepburn is set in a beautiful location, which is meant to attract the audience and draw them in. 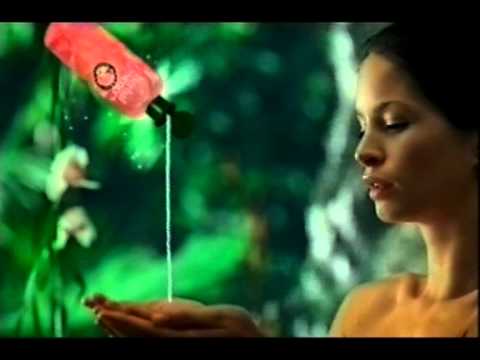 Celebrity endorsement is also used in this advert. The producers used advanced CGI technology to bring Audrey Hepburn back to life just for this advertisement. The result is an unusual advertisement that would generate lots of hype due to the fact that Hepburn looks real. The use of celebrity endorsement is used to generate hype. The idea that a celebrity uses the product/service appeals to fans of that celebrity. Also, a celebrity's support helps the product/service gain awareness.

The association of a specific lifestyle is used with all products to appeal to certain stereotypes. For example, in the chocolate bar Snickers' advertising, the idea of masculinity, power, and strength is associated with the product. They produce this idea through the use of action sequences in TV advertisements, the use of the character Mr T (who is famous for his obvious masculinity) dark colours that are associated with men (blue, black, brown), and narratives that suggest that eating a Snickers bar increases your abilities (such as in the recent Mr Bean advertisement, where eating a Snickers bar makes Mr Bean become a powerful martial artist.

Finally, language tricks are commonly used in adverts. For example, statistical claims and unfinished comparisons are used in adverts promoting health products, like Colgate toothpaste. In one advert, the voiceover says, "It delivered close to double the protection against early decay." This uses very vague language, as it neither says what the toothpaste is being compared too or the exact statistics for how much protection the toothpaste gives the user. Therefore, there may not be so much truth behind the statement, or the statement might be greatly exaggerated, however the advertisement can get away with it as it is using vague language, so the audience is led to interpret it (which usually leads to them assuming the product is better than it actually is, which is the producer's intention). Rhetorical questions are often used for slogans, for example, Galaxy's "Why have cotton when you can have silk?" The use of a rhetorical question is a persuasive technique intended to make the audience agree with the advert, rather than develop their own opinions about the product.


The Advertising Standards Authority and the Committee of Advertising Practise are the companies who regulate advertising in the UK. CAP's responsibilities are to write and maintain the advertising codes in the UK, while the ASA monitors and enforces these codes. Their aim is to make advertisements in the UK responsible and positive. If a viewer has a complaint about an advertisement on TV, in a magazine, online, etc., they should report it to the ASA, who'll act accordingly and depending on whether it violates the codes. If an advertisement is violating the rules, the broadcaster must take responsibility and withdraw, change, or reschedule the advert. If they fail to do this, the ASA will refer them to Ofcom, who can deal larger penalties like fines or the withdrawal of the broadcaster's licence. The ASA and CAP get their funding from the advertisers, collected by the Advertising Standards Board of Finance (ASBOF). ASBOF ensures that the quality of advertising regulation remains high by making sure that the ASA and CAP get the funding they need. Rules are in place to ensure that broadcasters check that advertisements are suitable to be broadcasted. The first code, compliance, mentions pre-clearance, which is the process of clearing all advertisements before  they are broadcasted. It is required that broadcasters make compliance with the codes a condition of acceptance for advertisements. Therefore, broadcasters take responsibility if the advertisement is unsuitable. The process is done by the agency Clearcast, who are hired by broadcasters to clear advertisements to ensure that they do not breach any of the codes.
There are many more CAP broadcast advertising codes which follow a broad number of subjects. The main ones include:

The age and gender of the target audience is the most basic of information the advertising agency must consider, as these affect who would be most attracted to the product. For example, the advertisement for Galaxy chocolate is geared towards women, by using feminine codes and connotations. The Audrey Hepburn advert is also more popular with older audiences than younger audiences, due to the use of an actress from an older generation. In comparison, the Snickers advert is aimed at men, with its more masculine connotations of strength and power.


The six social grades are A - upper middle class (higher managerial/administrative/professional jobs), B - middle class (intermediate managerial/administrative/professional jobs), C1 - lower middle class (supervisory/clerical and junior managerial/administrative/professional jobs), C2 - skilled working class (skills manual workers), D - working class (semi and unskilled manual workers), and E - the unemployed and students (including students who have jobs, but are dependent on another adult).
These social grades are a stereotypical way of sorting the population - it leads to the assumption that all upper/middle class citizens consider elegance and glamour very important, which leads to them buying products that emphasises their status (for example, Galaxy's recent Audrey Hepburn advert is constructed to emulate a lifestyle of glamour; meant to attract middle class women who value their status). Meanwhile, those that fall into the lower end of the social grading are considered to care more about their family than material things, and probably prefer mainstream items that are known for good quality. There are some drawbacks to this system; the fact that it classifies an entire household on the income of one individual. Additionally, it does not take into account the size or structure of households. Therefore, the system is much too broad, and can only be used as a guideline.

Maslow's Hierarchy of Needs was developed after Maslow studied monkeys and found that humans behaved in similar ways. The concept follows the idea that all humans must satisfy specific needs before moving to the next. First, physiological (air, food, water, sex, sleep, excreation), which is all needs that must be satisfied in order to survive (for example, in Snicker's Mr Bean advert, the need for food is the primary theme of the advert, with the slogan "You're not you when you're hungry"). Then safety, which includes security of body, employment, resources, morality, family, health, and property. Then love/belonging, which is friendship, family, and sexual intimacy. Then esteem, which involves self-esteem, confidence, achievement, and respect. Finally, self-actualization, which is morality, creativity, problem solving, lack of prejudice, and acceptance of facts. The pyramid shows that there are fewer people with the needs for higher levels like self-actualization, linking to the social grades that people of a higher class would strive more for the higher levels of the pyramid, due to the fact that they (supposedly) live more comfortably (financial stability). Consumerism has led audiences to believe they need something when in reality they only want it. Therefore, we are more likely to buy the product as need is a stronger feeling than want. Maslow's pyramid shows how advertisements trick audiences into thinking they need more than they do.

Young and Rubicam's four Cs (Cross Cultural Consumer Characterisation) link to Maslow's Pyramid. Categories include the explorer (need for discovery), the aspirer (materialism and persona, status is important), the succeeder (self-confidence, organisation, and control), the reformer (independent judgement, anti-materialistic, enlightenment), the mainstream (security, family, and value for money), the struggler (victims, wasters, seeking escape), and the resigned (older people, nostalgia, tradition, familiarity, and survival). This system makes it easier for advertisers to understand humans' basic motivations, therefore it is easier to market products towards target audiences.

Therefore, in my case studies, the target audience for Snickers would be classed under Maslow's physiological classification, Young and Rubicam's succeeder classification (due to the emphasis on masculinity and success presented by the brand) and a social grade of C2-D. The target audience for Galaxy is women in the A/B category, who consider esteem the most important need on Maslow's pyramid, and can be considered the aspirer from the four Cs.